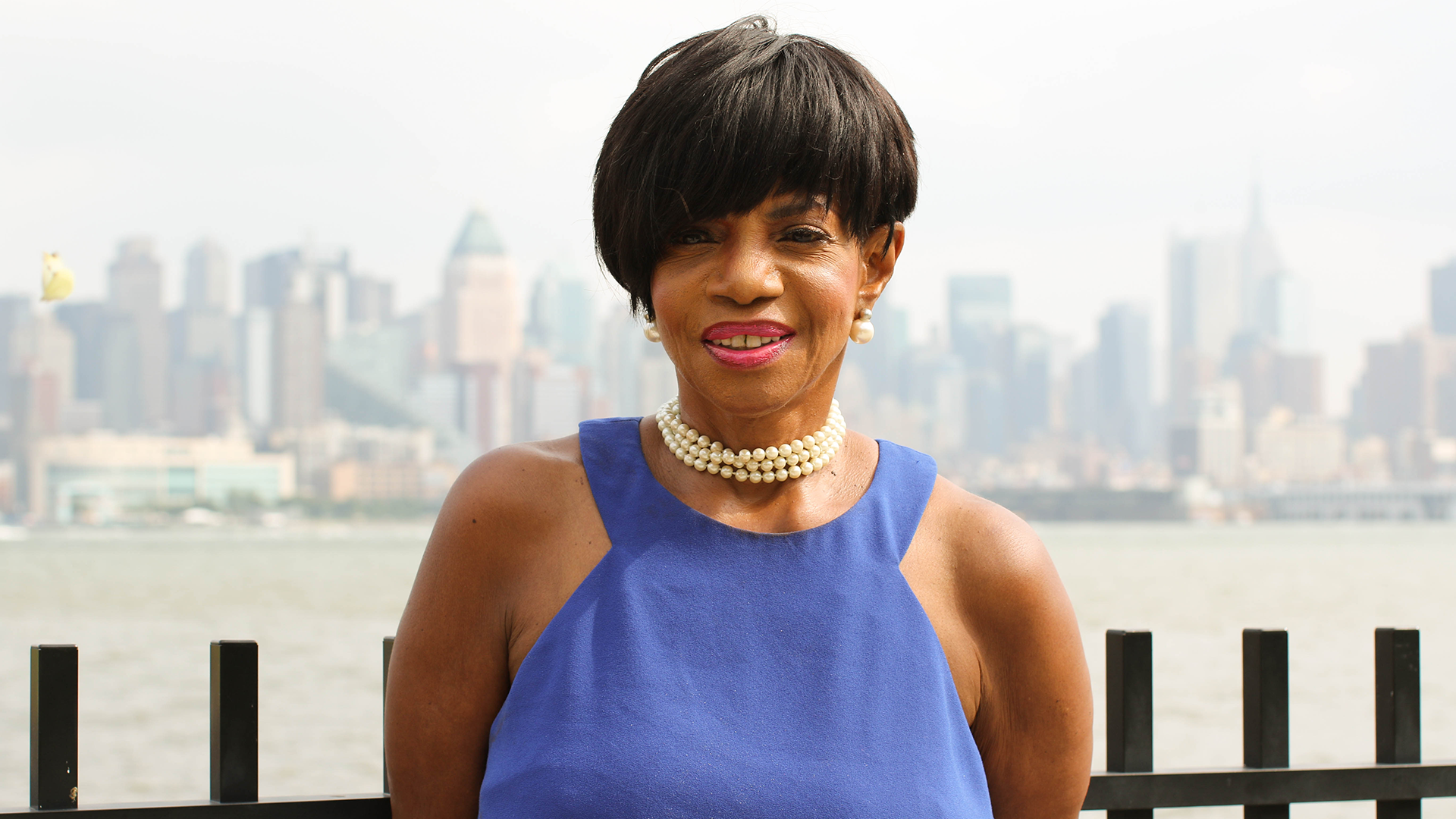 American R&B singer and actress Melba Moore is a 4-time Grammy Award nominee and the winner of the 1970 Tony Award for Best Performance by a Featured Actress in a Musical, for her performance as Lutiebelle in "Purlie". With a total of eleven top ten United States hits on the Billboard charts over the past 40 years (both singles and albums), Moore continues into the 21st century as one of pop music's most enduring artists.

Moore was born Beatrice Melba Hill to the popular R&B singer known as Bonnie Davis (originally named Gertrude Melba Smith) and saxophonist Teddy Hill, who managed the influential Harlem jazz club Minton's Playhouse in its heyday. The first nine years of the child's life in Harlem were difficult; her mother was single, and distracted with her busy career (she had a Number One R & B hit, "Don't Stop Now", in 1943, before Melba was born). In 1954 Bonnie Davis married her long-time accompanist, pianist Clement Moorman, and the family moved permanently to Newark, New Jersey.

Clem Moorman, and the large family of siblings, aunts, and uncles to which he belonged, transformed Melba's life. He insisted that she and the other children learn to play the piano (although her primary interest was dance) and kept a watchful eye over her musical development. At the High School for Performing Arts in Newark she studied piano and voice, and went on to Montclair State College (New Jersey) for a bachelor's degree in music education.

After graduation she worked briefly as a music teacher, but a life in the classroom was not what she had envisioned for herself. Moorman was in a position to introduce her to several agents, and soon Melba Moore (a name she chose in honor of her stepfather, abbreviating it slightly) was on track for a singing career, making backup tracks (with Nick Ashford and Valerie Simpson on Bobby Hebb's "Sunny" in 1966), some of them for stars as prominent as Dionne Warwick and Aretha Franklin – although she was not actually working in the same space with them.

During one recording session for a commercial voice-over in 1967 she met Galt MacDermot, composer of the musical "Hair". (It is reported that he was not wearing shoes at the time.) Offhandedly, he invited her to join the cast of his new show off-Broadway, and she jumped at the chance. Melba Moore moved to Broadway with the original cast of Hair as the character named Dionne, and after several months she replaced Diane Keaton in the role of Sheila. (Keaton had started as a "Waitress" and had moved to "Sheila" a month or so after the Broadway opening. The interchangeability of cast members in this highly unconventional show made it possible for Moore to become the first African-American actress to replace a white actress in a lead role on Broadway.)

In a very short time, Moore was cast as Lutiebelle Gussie Mae Jenkins, opposite Cleavon Little, in the musical Purlie (1970). Having absolutely no training in acting, she found that working in such company was very scary, and yet she had no fear of being rejected, since stage acting had never been her own ambition. Originally she was assigned only one song, "Purlie", in the show, but she had such success with it in previews that songwriters Gary Geld and Peter Udell gave her another, "I Got Love". This song was such a smash hit that it shot her to stardom. Not only did it supply the title to her debut album with Mercury Records, which earned her a 1971 Grammy nomination as Best New Artist, but it boosted her to the 1970 Tony Award for Best Performance by a Featured Actress in a Musical, a 1970 Theatre World Award, and a 1970 Drama Desk Award for Outstanding Performance.

In much later interviews, Moore has revealed that she considers this Broadway period, despite the three top awards, a hiatus, an interruption in her pilgrimage toward becoming a lead singer in the world of Rhythm and Blues. Still, it led to her first recording contract (three albums with Mercury Records: "I Got Love" - 1970; "Look What You're Doing to the Man" - 1971; "Melba Moore Live!" - 1972) and a firm foothold as a guest on television (Ed Sullivan, David Frost, Mike Douglas, Dick Cavett, Carol Burnett, Flip Wilson, and thirteen appearances within three years on Johnny Carson's Tonight Show).

This page uses material from the Wikipedia article "Melba Moore" (contributors) which is released under the Creative Commons Attribution-Share-Alike License 3.0.

Michael Alig: I Spent a Lot of Time in Solitary Confinement

Dan Bazile: There's a Reason That Rain Is Here

Twelve-year-old Douglas Baldeo was a principal cast member of the award-winning Broadway Musical, "Kinky Boots". Following his run in "Kinky Boots", he was cast as a vacation swing for "Motown the Musical" on tour.

Neal Bennington founded Broadway Sings for Pride, in response to tragic suicides within the LGBTQ+ community. The live concert series has received support from Carol Channing, Neil Patrick Harris, Bernadette Peters, Channing Tatum, and many others.