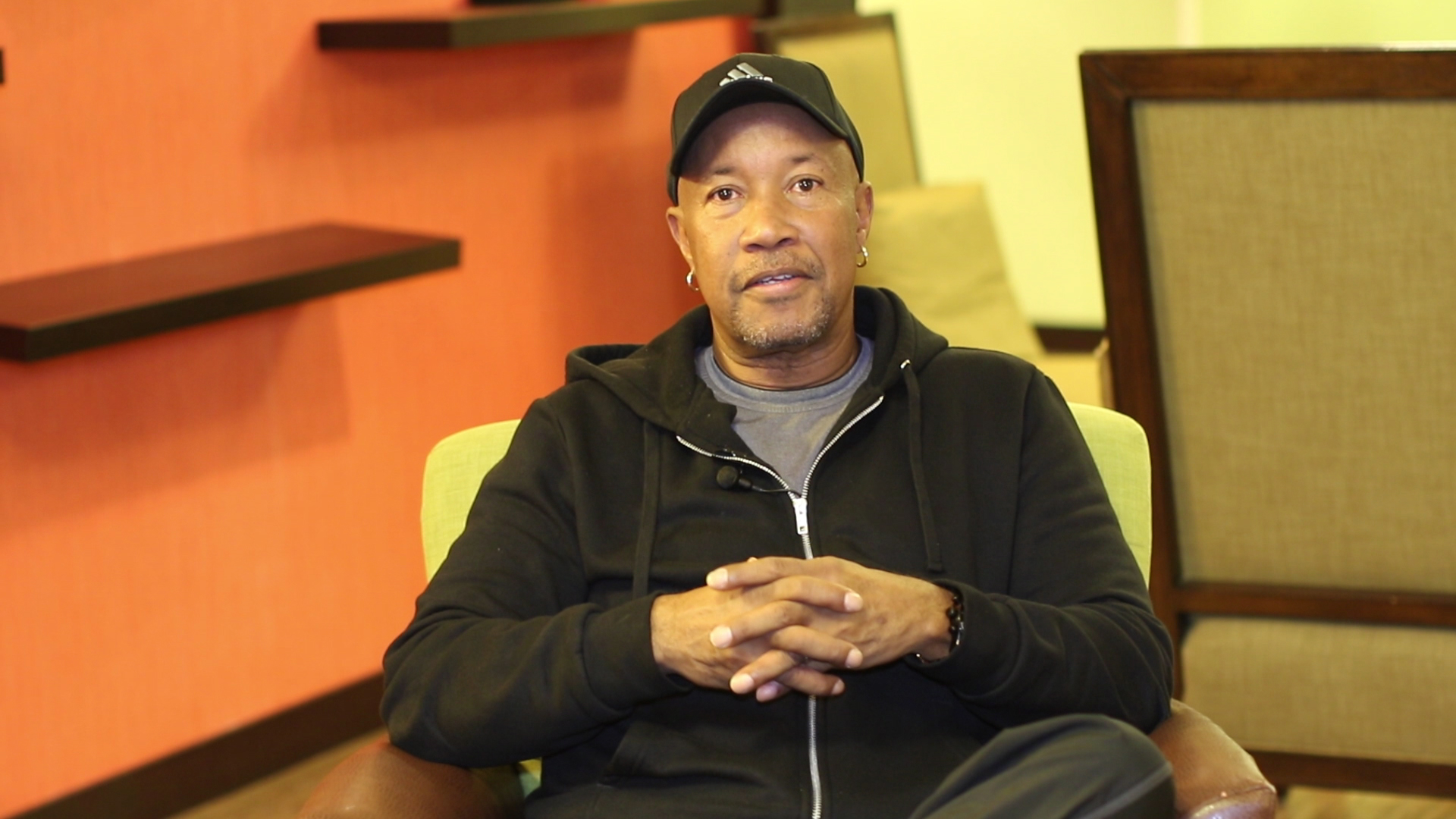 One of R&B music's most beloved and consistently popular vocal groups, The Whispers, began their legendary and timeless career in 1963. Twin brothers Walter and Wallace Scott joined with friends Nicholas Caldwell, Marcus Hutson, and Gordy Harmon to form a local singing group. They perfected their tight harmonies on the street corners in the Watts section of Los Angeles and in nightclubs in the in the San Francisco/Oakland Bay Area.

They began singing together as "the Eden trio" created by Nicholas Caldwell and Marcus Hutson. Later, they were renamed "The Whispers" by Lou Bedell of Dore Records. The group recorded nine singles for the Dore label between 1964 and 1967. Their fame grew in the Bay Area while performing in a series of what was known as "The Battle of the Bands", where they competed against other local acts for their fans appreciation and affection. In 1969, they released "The Time Will Come" for the small Los Angeles-based label Soul Clock Records, and subsequently recorded their first Top 10 R&B hit, "Seems Like I Gotta Do Wrong," in 1970 when the group switched to Janus Records. By 1971, Gordy Harmon decided to leave the group and was replaced by Leaveil Degree who had previously sung with "The Friends of Distinction".

The Whispers produced a string of hits over the next two decades and emerged as the leading romantic singers of their generation, racking up one gold album after another and charting numerous R&B hits throughout the seventies and eighties. The Whispers were the first artists featured on the newly formed Soul Train label (co- owned by the TV show's creator and host Don Cornelius and entrepreneur Dick Griffey). They gained national attention with their seventies albums, "One For The Money", "Open Up Your Love", and "Headlights" producing two singles that graced Billboard's Top 20 R&B Charts: "(Let's Go) All the Way" and "(Olivia) Lost and Turned Out".

Their first platinum album The Whispers (1980) highlighted "A Song For Donny", a song written by Carrie Lucas in memory of Donny Hathaway, and their biggest hit "And the Beat Goes On". It was their most successful selling album (double platinum). The neoclassic "Lady", written by group member Nicholas Caldwell, is still a favorite at concerts. The album Just Gets Better with Time (1987) went platinum. It featured the R&B number 1 and US Top 10 pop entry "Rock Steady", a collaboration with Kenneth "Babyface" Edmonds.

Their vocal style harkens back to a more genteel era of crooning, preferring soft pillow talk and songs that speak to heartfelt emotions. They are arguably the most celebrated R&B balladeers of their generation and still make women swoon with their silky yet forceful tenors of twins Walter and Scotty. In the 1990s, The Whispers joined the Capitol Records family releasing more favorites. Expanding their creative horizons, brothers Walter and Scotty cut "My Brothers Keeper", a critically acclaimed duet album in 1993, scoring another R&B hit with a cover of the Intruders' "I Wanna Know Your Name." Toast to the Ladies, released in 1995, featured a collection of love songs dedicated to women all overthe world. In 1997, the group moved to Interscope Records, where they featured the works of Babyface once again with their album, Songbook, Vol. 1: The Songs of Babyface.

Marcus stopped performing with the group in 1989, due to ill health, and in 2000, when he passed on, The Whispers vowed never to replace him. In the new millennium, the group still performs around the world to thousands of loyal fans. The group has not made any personnel changes, and still consists of Walter Scott, Wallace Scott, Nicholas Caldwell, and Leaveil Degree. They have taken Las Vegas by storm, selling out in various casinos and hotels, and they have a tremendous following on the West and East coasts, particularly in the San Francisco Bay Area, Southern California, New Jersey, New York, Philadelphia, Washington DC, St. Louis, Indiana, and Chicago. On September 23, 2003, The Whispers' four decades of accomplishments were acknowledged when Charlie Thomas of The Drifters inducted them into the Vocal Group Hall of Fame. On June 12, 2005, The San Francisco Chapter of the Grammy Awards presented the Whispers with the prestigious Governors Award, the highest honor bestowed by an Academy Chapter. They continue to perform to sell-out crowds all over the world, and their popularity continues to grow among youth whose parents "raised" them on The Whispers' music.

The Whispers are also known for their charitable work with youth that participate in the PAL (Police Athletic League) Reading Program, and their ongoing support to domestic violence organizations and cancer agencies. They are one of only a few "old School" groups that can boast of having over 40 years in the industry with a worldwide fan base, maintaining their vocal dominance and original members.

The Whispers waited almost a decade to produce a new CD in 2006. This independent product, the first venture of their newly formed company Satin Tie Productions, is a masterpiece entitled For Your Ears Only.

According to Walter, "This title is a way of saying to our fans that we appreciate everybody's support that has been with us for many, many years."

Nick's perspective deals with its essence. He states, "In my opinion, the CD represents the musical DNA and artistic expression of what the Whispers were and have become during their 42 years together. It was conceived to please the ears, hearts and minds of our super- supportive and loyal family of fans. It was a labor of love and I believe a body of work blessed by God. "

This page uses material from the Wikipedia article "The Whispers" (contributors) which is released under the Creative Commons Attribution-Share-Alike License 3.0.