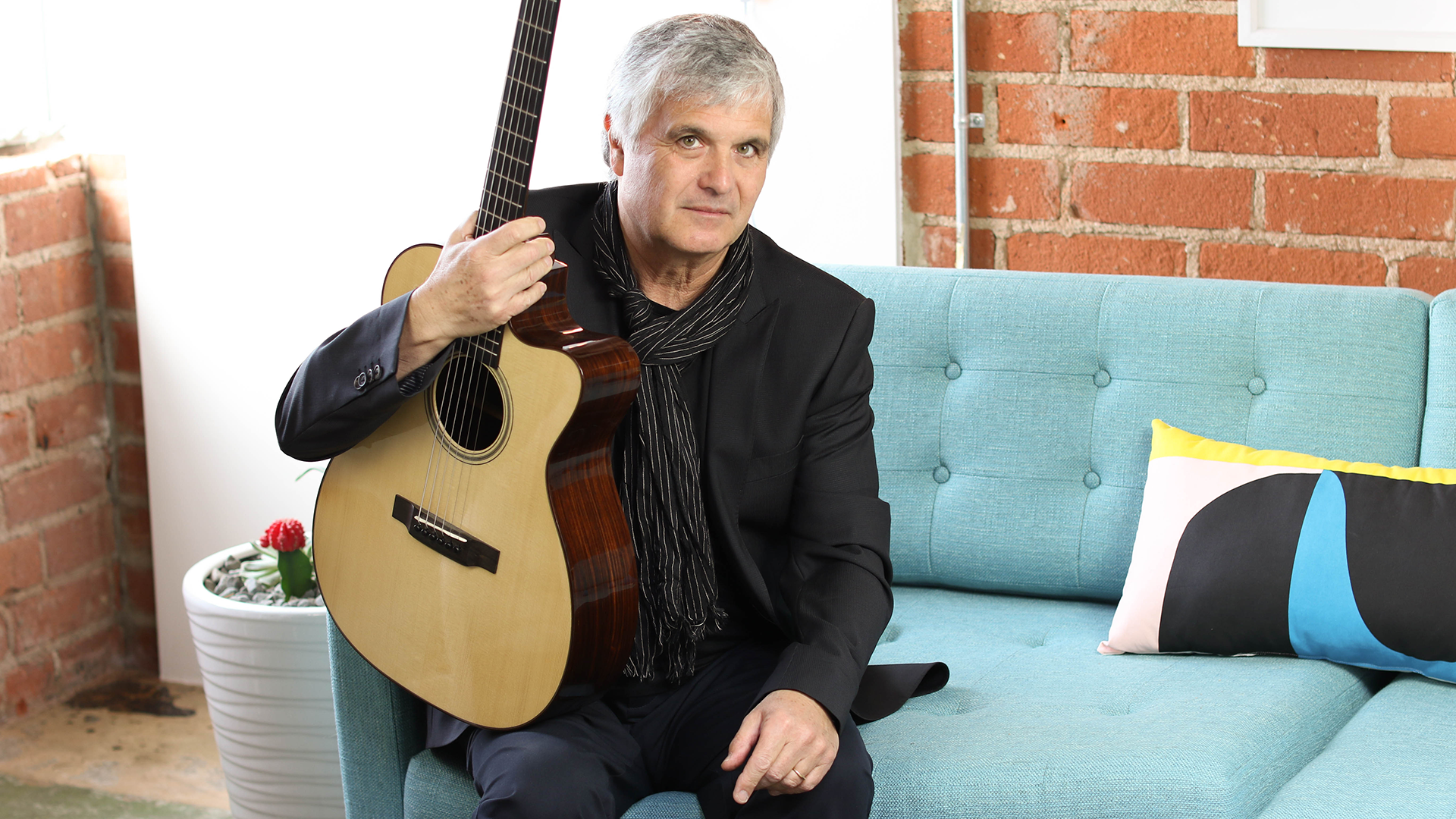 Grammy Award winning guitarist Laurence Juber is a solo performer, recording artist, composer, and arranger. His playing fuses folk, jazz, blues, pop, and classical styles, creating a multi-faceted performance that belies the use of only one instrument.

A music graduate of London's Goldsmith's College, he was featured guitar soloist with the National Youth Jazz Orchestra, before becoming established as a studio musician in the mid-1970s. First internationally recognized as Lead Guitarist in Paul McCartney and Wings, with whom he won a Grammy, Juber has since established himself as world-renowned guitar virtuoso and entertainer.

Juber, known to his fans as LJ, has released 25 solo albums which spotlight his unique touch and tone on acoustic guitar. The latest, "LJ Can't Stop Playing The Beatles!" is the third in his series of arrangements by the Fab Four.

His "LJ Plays The Beatles" was voted one of Acoustic Guitar Magazine's all-time Top Ten albums. His solo arrangement of "The Pink Panther Theme" earned him a second Grammy, while his arrangement of "Stand by Me" was heard nationally in a "Diamonds Are Forever" commercial. Juber's DVD-audio project "Guitar Noir" (AIX Records) won a CES Demmy award for best audio.

As a studio musician, Juber can be heard on recordings from artists as diverse as Dan Hicks and the Hot Licks, Seal, and the French chanteuse Sylvie Vartin, plus he is featured on the soundtracks to hundreds of television shows, such as "Home Improvement" and movies, including the Academy award-winning "Dirty Dancing", "Good Will Hunting", and "Pocahontas".

Juber co-composed the soundtrack of the award-winning video game "Diablo III" and scored NBC's "Dateline" documentary "Children of the Harvest". His music is also featured in the Ken Burns' documentary "The Tenth Inning".

This page uses material from the Wikipedia article "Laurence Juber" (contributors) which is released under the Creative Commons Attribution-Share-Alike License 3.0.

Freddie Jackson: The Best Melba Moore That Anyone Could Ever Get

Trisco Pearson of Force M.D.'s: Each One, Teach One

Douglas Baldeo: We're Friends Because We Love Each Other