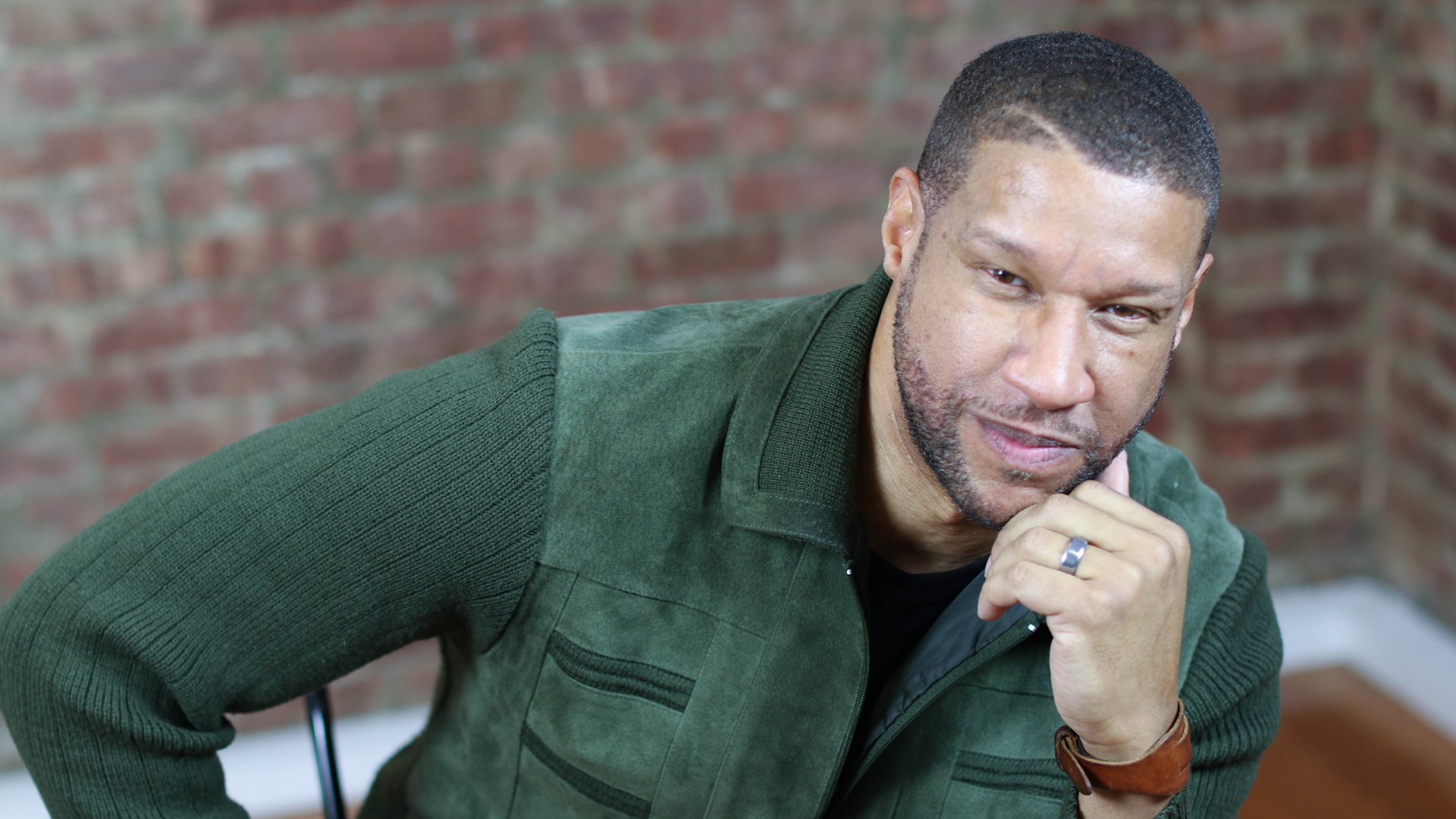 National Recording Academy member Tony Terry is an American R&B, Adult Contemporary soul music artist, producer, and songwriter and one of the major architect's of the New Jack swing era. Born in North Carolina and reared in Washington, D.C., he and his family reside in Atlanta, Georgia, Terry considers all three states home.

Terry has numerous Billboard top hits within his repertoire from the late 1980s, early 1990s, and today, including his world-renowned hit, "With You". He is also an achieved actor and activist championing for social and family health issues.

Terry continues to produce grown and sexy music today which has earned him an iconic status among his peers. Perhaps best known as the sensual-soulful balladeer, with hits like "With You" and "Lovey Dovey", Terry's music continues to past the test of time.

Terry is a graduate at the Duke Ellington School of the Arts in Washington, D.C. He landed backing vocalist jobs for the freestyle/pop group Sweet Sensation and hip-hop group The Boogie Boys, before attempting a solo career in a soul/funk/dance vein.

Terry's perfect combination of talent, charm, and influence makes him one of the most respected public personalities today. His recording career has presented him with relationships with Epic/CBS Records, Sony Music Entertainment, and Virgin Records. His first single (on Epic/CBS Records), "She's Fly", was released in 1987 and peaked at #10 on the Billboard R&B singles chart.

His Epic debut album, "Forever Yours", was released in 1988 and reached the Top 40 of Billboard's R&B albums chart. The follow-up single, "Lovey Dovey", reached #4 on the R&B charts and "Forever Yours" climbed into the R&B Top 20. His biggest hit, "With You", reached the Top 20 of the United Statest Billboard Hot 100 as well as was #1 on the Top 10 R&B Chart. Terry has earned two Soul Train Music Award nominations, as well as an American Music Awards nomination. Other hits include "Everlasting Love".

With faith being an essential part of Terry's life, he is pleased to have recorded, in 2006, a gospel album entitled "Changed", featuring tracks such as "Praise Him", "I Wanna Thank You Lord", "Nobody Like Jesus", "Look to the Hills", "Jesus to Hold", and "Come Child". He is currently signed to Sound Wave Entertainment, as well as Monarchy, where he will soon delight his audiences once again with newly recorded R&B and gospel recordings. Terry is a passionate public speaker.

After graduation from Duke Ellington School of the Arts, Terry moved to New York and quickly landed a part in "Black Nativity". As time progressed, he secured a number of other roles to include the Tin Man in the national tour of "The Wiz", featuring Grace Jones, Peabo Bryson, and CeCe Penniston. Terry played the dual roles of Martin Luther King, Jr. and Malcolm X in Dorothy Height's "If This Hat Could Talk: The Dr. Dorothy Height Story", which was directed by Tony award-winning director George Faison. Terry was also tapped by David E. Talbert to play the lead role of Michael Wright in "His Woman, His Wife". Terry excelled his lead role in the Broadway-bound musical "Car Wash: The Norman Whitfield Story". Terry was also cast in the lead role in Angela Dunlap's "When Men Pray" (co-starring Terrell Carter and Tony Grant).

Terry lends his voice to many corporate and nonprofit causes. He was tapped by the National Fibromyalgia Association to serve as their national spokesperson in 2010. This is a cause that he is well-acquainted with as he is caretaker to his wife Ronnie who suffers from the disorder.

Terry flexes his voice to causes for which he is passionate about that includes families and health and wellness and has been a supporter of the "All Lives Matter" movement, which gave birth to his single "All Life Matters", which he has reprised for the sign of the times.

In 2015, Terry was recognized and saluted by the largest black caucus in the nation, the Georgia Black Legislative Caucus for his dedication and excellence in the field of entertainment. The year 2015 also brought about new opportunities and new directions for this now iconic artist in film, television, and theatre. Terry has taken on theatrical roles with numerous theatre groups, most recently touring with famed playwright, Shelly Garrett.

In July of 2016, Terry reprised his compilation of All Life Matters, taking a spin to reflect the current times and published a request for artists to join him to in the resurgence of this single which delves deeply into the issues of deadly police force and unreasonable harassment towards African American and that of non-Caucasian men and women across the globe, via social media and drew the attention of the leaders of the nation's oldest civil rights organization, the NAACP. With a theme of Our Lives Matter/Our Votes matter, the members of the 107th convention immediately asked Terry to join them to perform his song for what has now been dubbed as a "Social Anthem" and that they "could not think of a better entertainer to celebrate their works".

Terry created a not-for-profit organization, Tony Terry All Lives Matter, Inc. (TTALM), which proceeds from the all-star single will benefit the victims' of violence and brutality as well as their families. In this vein, Terry has set an immediate call to record live in Atlanta, Georgia, and has reached out to the African American Philharmonic Orchestra and several other national recording artists, which included Eric Clapton and Carlos Santana.

Terry says, "this auspicious task of world peace is something that MUST happen." This star-studded compilation will be renamed to "Open Letter".

In 2016, Terry was awarded the "Lifetime Achievement Award" from the famed NAACP award-winning Playwrights Ball & Symposium/PEACH Theatre Awards. While sharing his gift of music, Terry was honored to be included in the all-star line-up of the Tom Joyner "Fantastic Voyage" cruise, where he performed with legendary greats, such as Diana Ross.

This page uses material from the Wikipedia article "Tony Terry" (contributors) which is released under the Creative Commons Attribution-Share-Alike License 3.0.

Daniele Stokes of Solo: Angels Are Around Us Everyday

Amelia Moore: You Don't Maximize True Knowledge Until You Apply It

Neddy Smith: Evangelize the Truth of My Heart

Sir Ari Gold is an American pop singer and songwriter. He is openly gay and regularly addresses both his being Jewish and gay, also starring in an autobiographic theater production.